Will Miley Cyrus destroy Britney Spears hopes of a comeback? 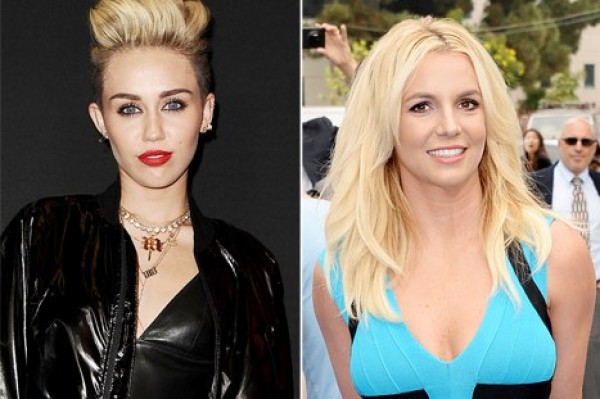 The Gossip Table has learned exclusively that Miley Cyrus will be opening a show just a 1/2 mile from Spears in Las Vegas. Spears camp fears this will destroy her ticket sales as word is out she’s already lip-synching her performances.

She’s coming in like a wrecking ball. The GOSSIP TABLE can exclusively reveal that Miley Cyrus will host the opening of Beacher’s Madhouse Las Vegas at the MGM Grand Hotel & Casino on Dec. 27. That’s the same Friday night Britney Spears opens her much-anticipated Vegas residency half a mile away at Planet Hollywood. It hardly seems a fair fight.

Meanwhile., Miley will be singing live and can do no wrong right now. Plus, her album is number one.

“Miley and Britney share the same manager, this has left Britney wondering if there is enough room in anyone’s life for both her and someone else,” adds one pal.

BRITNEY SPEARScomebacdestroyMiley Cyrus
<< Previous Post << Toward The Past: Lady Gaga RETIRING At 27! – angry her fans don’t appreciate ‘art’
>> Next Post >> Toward The Future: Justin Bieber Not Worried After Girl Passes Out At His Home, Ambulance Called