THE INTERVIEW December 11, 2013 posted by Naughty But Nice Rob 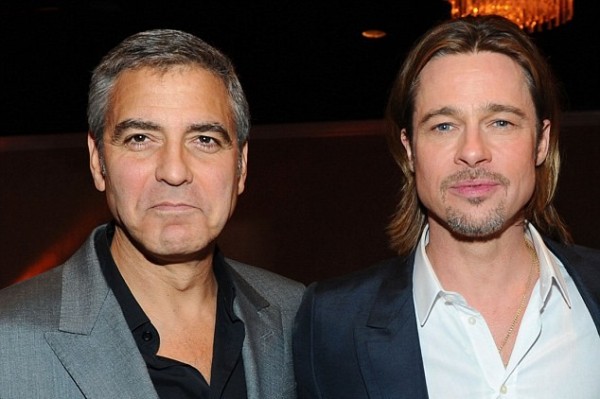 George Clooney’s doesn’t feel the need to deny being gay.

Talking to Esquire U.K. about his sexuality, the star says:

“[A headline read] ‘George Clooney’s Gay-Gay-Gay.’ And I said, ‘I’m gay-gay. The third one’s pushing it,’” he said. “Well now, [according to the Internet] I’m gay. You’re not going [to deny it] because that’s flat out insulting to the gay community.”

Clooney previously addressed the gay rumors in an interview with the Advocate last year, again refusing to deny them.

“I think it’s funny, but the last thing you’ll ever see me do is jump up and down, saying, ‘These are lies!’” he said. “That would be unfair and unkind to my good friends in the gay community. I’m not going to let anyone make it seem like being gay is a bad thing. My private life is private, and I’m very happy in it. Who does it hurt if someone thinks I’m gay? I’ll be long dead and there will still be people who say I was gay. I don’t give a shit.”