The Sound of Music Live! Is Ratings Smash for NBC (more TV musicals to come) 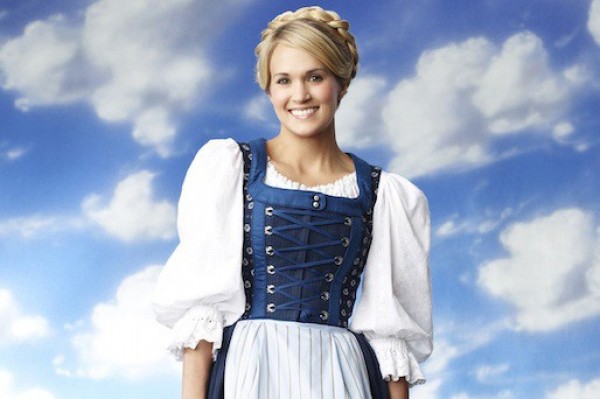 NBC’s Dec. 5 broadcast of The Sound of Music Live!, the television event starring Carrie Underwood, was a HUGE ratings HIT!

According to TVMediaInsights, overnight numbers show that the three-hour live event nabbed an overall 10.9/18 share in household ratings (one ratings point is equal to 1.142 million people). It opened with a 10.9 rating at 8 PM and held strong with a 10.5 rating through its final half hour. The Sound of Music Live! dominated television ratings in each of its six half-hour slots last night, finishing in first place for each.

The Hollywood Reporter’s latest statistics show that the broadcast earned a total of 18.47 million viewers, with an average 4.6 rating among adults 18-49.

livenbcRatingSmashThe Sound of Music
<< Previous Post << Toward The Past: Miley Wants A Guy Who Does What? (we know where to find that)
>> Next Post >> Toward The Future: Beyonce Wears A Fur To A Vegan Restaurant. (I MEAN)