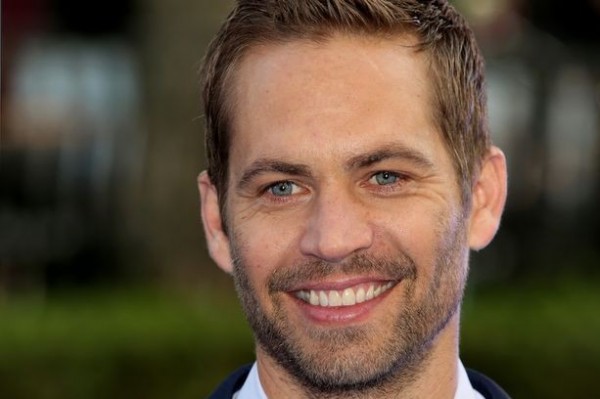 A man has been accused of stealing a piece of the wrecked red Porsche Carrera GT that Paul Walker and Roger Rodas were in when they died in a fiery crash appears to have posted a photo of the souvenir on Instagram.

Jameson Witty, 18, was arrested outside his home Thursday.

“Piece of Paul Walker’s car. Took it off a tow truck at a stop light,” Witty captioned the image on his social media account just before 11 p.m. the night of the crash. The photo appears to show the T-top panel from the roof of the car that authorities said he was arrested for allegedly stealing off the bed of a tow truck as it transported the wreckage to a police impound yard for investigation.

Witty remains in custody at the Santa Clarita Valley Sheriff’s Station in lieu of $20,000 bail, according to sheriff’s records. 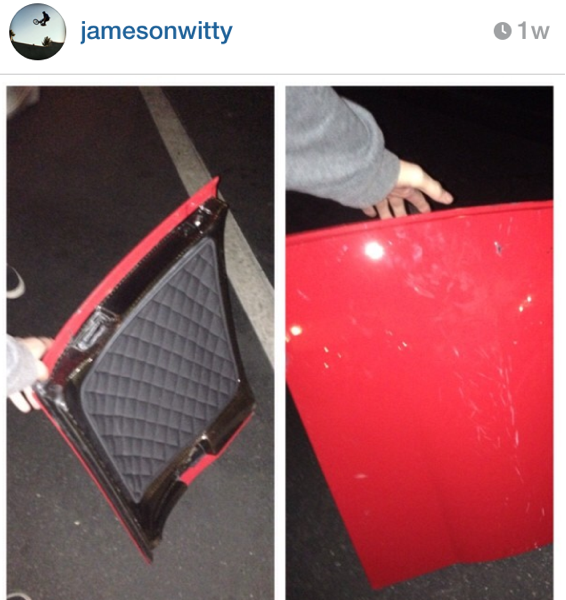 PAUL WALKER
<< Previous Post << Toward The Past: Padma Lakshmi, 43, Rocking An Orange Bikini In Miami
>> Next Post >> Toward The Future: Ellen DeGeneres’ Christmas Card Makes Fun Of Kim Kardashian And Kanye West