CALLING IT QUITS December 11, 2013 posted by Naughty But Nice Steven 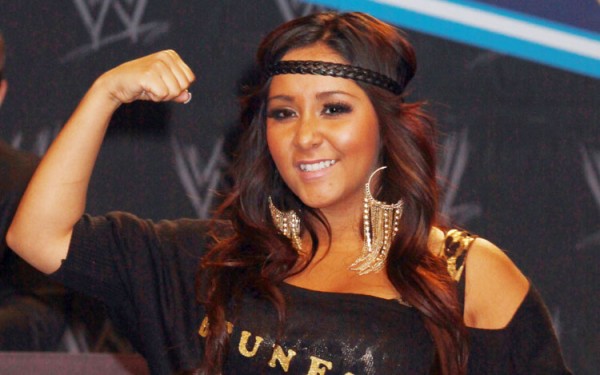 Former Jersey Shore star Nicole “Snooki” Polizzi has shared the last four years of her life on camera — but now the reality star confirms to THE GOSSIP TABLE that she might say goodbye to TV after the final episode of her MTV series, Snooki And JWoww, airs.

“Season 3 will most likely be the last,” Snooki writes in her upcoming memoir, Baby Bumps: From Party Girl to Proud Mama, and All the Messy Milestones Along the Way. “I don’t aspire to raise [Lorenzo, 1] with a TV camera in his face.”

Instead, the pint-size star, 26, says she’s looking forward to just being a mom. “All that matters right now to me is family,” Snooki confirmed at her 26th birthday party at Cavo in NYC on Dec. 6. “I want to be home with my baby.”

donequittingrealitySNOOKItv
<< Previous Post << Toward The Past: Kris Jenner And Ben Flajnik Are Having Sex!
>> Next Post >> Toward The Future: Inside Catherine Giudici’s Wild Bachelorette Party in Miami & Why She Almost Missed It!