Real Housewife Teresa Guidice going to jail and OFF the show 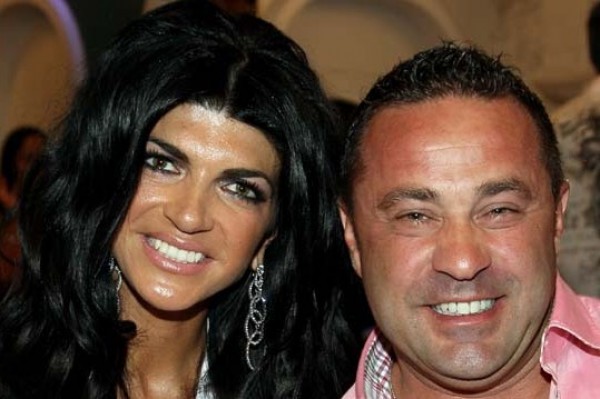 Teresa Guidice, and her husband Joe, are facing TWO NEW fraud charges, which, if proven, will send the TV couple behind bars for many years – something that producers expect to happen.

“They are going to jail,” one Bravo insider tells NAUGHTY BUT NICE ROB. “They now face 41 counts of fraud, everyone knows that the show is not going to have them on it for a long time. Meetings are happening right now about cast changes.”

The charges relate to documents, which were allegedly faked in order to secure loans of over $5 million over a period of eight years, before they joined the Real Housewives show in 2009.

Teresa Guidice and Joe pleaded not guilty back in August to the original 39 fraud counts. They have also pled not guilty to the additional two charges on Wednesday.

Teresa Guidice and her husband Joe, if convicted, could face up to 30 years in jail and a $1 million fine.

jailreal housewivesTeresa Guidice
<< Previous Post << Toward The Past: Adam Levine – People’s 2013 Sexiest Man Alive (We got the cover early)
>> Next Post >> Toward The Future: Kim Kardashian Taking Singing Lessons (HOWLING)