GETTING UGLY December 6, 2013 posted by Naughty But Nice Steven 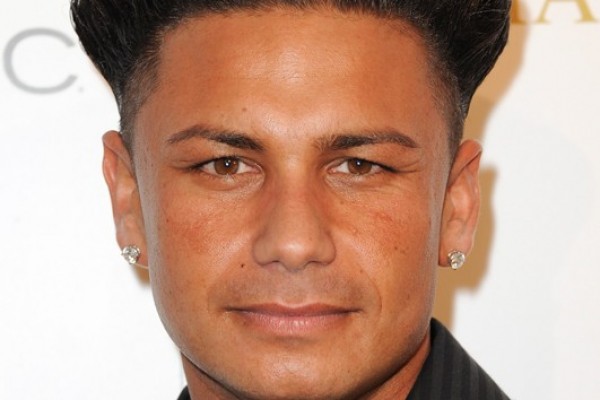 The holidays should be a happy time for everyone, but for Pauly D, it’s hard to be cheery this year.

THE GOSSIP TABLE has learned that the former Jersey Shore star is still battling for custody over his 6-month-old daughter, Amabella, with the child’s mother, Amanda Market, a woman with whom he had a fling in the summer of 2012. Now the DJ is taking the next steps to make sure he’s a present figure in Amabella’s life.

“He has a court date set for Dec. 13 in hopes that the judge will mandate custody time,” an insider reveals. “The custody battle has been going on ever since the news came out. He’s been trying to set up his second meeting,” the source adds, “but Amanda’s attorney keeps denying him a visit.”

Needless to say, it’s been very frustrating for the new dad. “He just wants to see and spend time with his daughter,” says the insider, who sadly adds, “He keeps buying clothes to give her and it’s taking so long, she probably won’t even fit into them by the time he sees her.”

Our good pals at In Touch caught up with Pauly at a charity event on Nov. 21 — 15 days after he met Amabella for the first time. “We’re working on a second visitation now. I want to do it for the holidays, so maybe I get her on Christmas Eve or Christmas Day, something like that,” Pauly told the mag. “I just want to give the baby the best life I can. I want to see her as much as I can.”

AmabellaAmanda MarketBABYcustodyPAULY D
<< Previous Post << Toward The Past: Beyonce Wears A Fur To A Vegan Restaurant. (I MEAN)
>> Next Post >> Toward The Future: Paris Hilton is very angry – demands “respect”