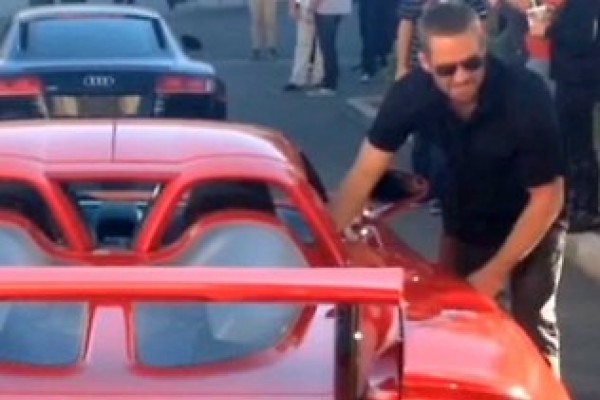 THE GOSSIP TABLE spoke to an eyewitness, who was on the scene and said:

“I want people to know that Paul and Roger were not drag racing. They were not doing donuts. Some people said they were drifting, which they weren’t. They were not racing other cars. Roger lost control of the car. They didn’t spin or anything. They went into a tree. They hit four trees and took a big light pole down. The light pole came down and the car bounced off of it. And then they crashed into a tree, that’s what eventually stopped the car. Roger was a race car driver. He drove in the Grand Prix. They were only driving for like five to six minutes when the car crashed, they didn’t have enough time to be racing. Plus there were two highway patrol officers on site because there were so many high performance cars at the event.”

We spoke with the LA County Sheriffs dept who said that, “any info like that has not been confirmed and they are still working on a bunch of different scenarios.”

CARCrashfast and furiousPAUL WALKER
<< Previous Post << Toward The Past: Kim and Kanye: The Next Brangelina Baby Machine?
>> Next Post >> Toward The Future: See Katy Perry and John Mayer’s Moody and Silly New Album Art (Jennifer Aniston laughing)