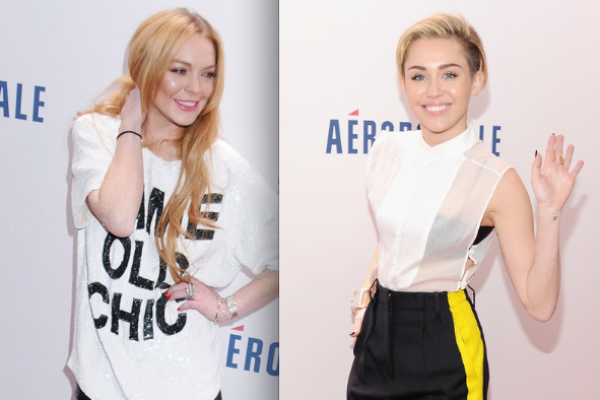 At Friday’s Jingle Ball concert Lindsay Lohan made a surprise appearance. While she was waiting to go on stage she was dancing to Macklemore with a male friend taking turns in between to text. She was there to introduce Miley Cyrus.

When she was on stage, everyone was commenting on how awful she looked. She looked thin, but definitely not that healthy glow of someone who is sober. In her speech she said “Miley has created a whole new image for herself this year which is something I can relate to.”

“I never even knew they were friends, so it was weird she was introducing Miley. Well, it seems like they aren’t friends because they walked right passed each other backstage and didn’t even make eye contact,” one backstage source tells THE GOSSIP TABLE.

LINDSAY LOHANMean GirlsMiley Cyrussnubs
<< Previous Post << Toward The Past: Khloe Kardashian “So Glad Her Marriage Is Over”
>> Next Post >> Toward The Future: Teen Mom – Janelle Evans: Pregnant and in Jail!