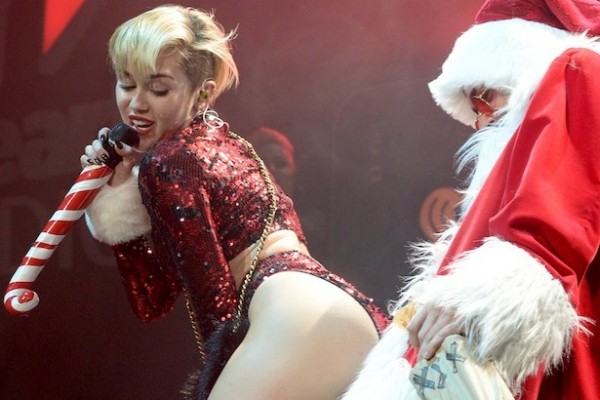 Miley has a little something extra planned for tonight’s Jingle Ball in New York. The Gossip Table will be there to see Miley writhe around on stage in a red leotard and twerk at/on Santa.

We’re told she’s going to do an extra song just for NYC! She’s going to put on a great show, full of furs, little people dressed as elves, and a drunken Santa she dances with.