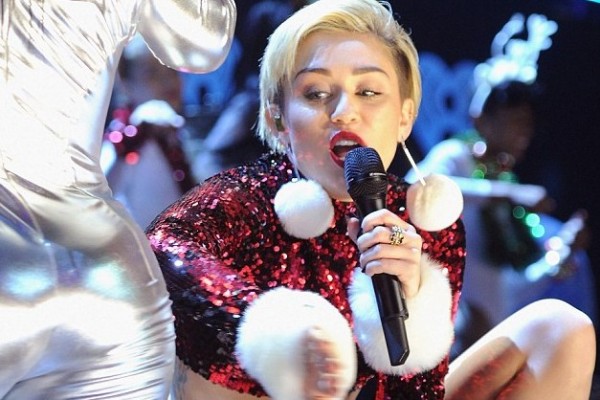 Another day, another Miley Cyrus controversy – this time she is exposing her breasts in a photo of herself on she posted on Twitter on Saturday.

Lifting up her top with two heart-shaped ‘Merry Christmas’ signs stuck over where her exposed breasts would otherwise be.

“Merry Christmas. Thank You New York for being one of the few states to @freethe nipple,” she tweeted.

Miley added a new tweet one hour later insisting: “It’s not about getting your t*****s out. It’s about equality.” 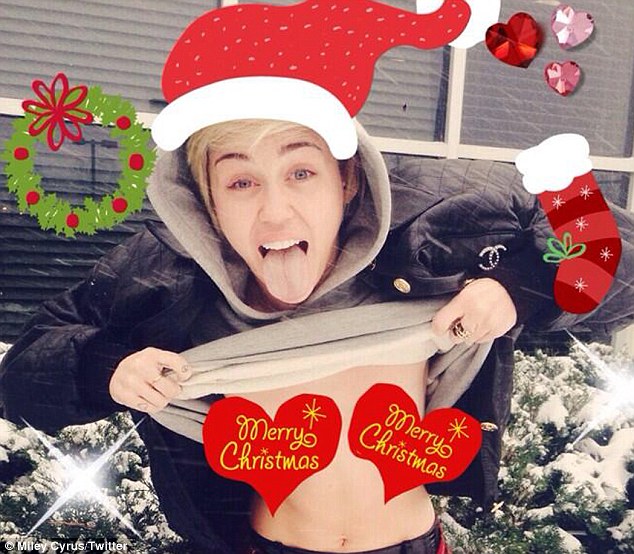 boobscardChristmasFlashesMiley CyrusNAKED
<< Previous Post << Toward The Past: Brandi Glanville dropped from Hard Rock Hotel appearance after making ‘racial remark’ on Real Housewives
>> Next Post >> Toward The Future: Adam Lambert is now a BLONDE (almost – see below)