REAL OR RUMOR? January 8, 2014 posted by Naughty But Nice Rob 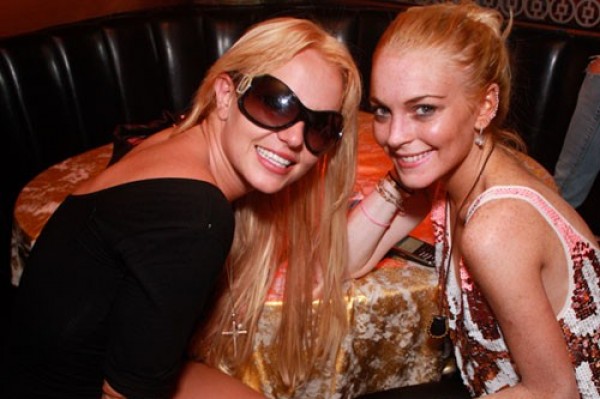 Can this possibly be true? Lindsay Lohan has been “banned” from Britney Spears’ Las Vegas “Piece of Me” extravaganza, reports Life & Style. Adding that the troubled actress “won’t ever” be on Spears’ VIP list during her two-year residency.

“Brit’s dad, Jamie, has a really strict ‘No Lindsay’ rule,” adds a source. “After Britney’s rough year in 2007, Jamie decided that Lindsay was a terrible influence and doesn’t want her around ever again.”

NAUGHTY BUT NICE ROB reached out to our great Britney sources who confirm that Lindsay is now really welcome.

“A NO Lindsay rule is a little extreme. But it is correct to say Britney’s dad does want to keep her away from trouble, like any parent would. It would be impossible for him to “ban” Lindsay from the audience, but he does control who does, and who doesn’t, get backstage after the show to meet Britney. After-all, he couldn’t stop Paris Hilton from seeing the show. She was in Britney’s audience her second night.”

<< Previous Post << Toward The Past: American Horror Story: Coven Adds Another HUGE Star to It’s Roster! (SEE BELOW!)
>> Next Post >> Toward The Future: Beyonce, Kelly Rowland Crash Private Karaoke Party In Miami – see this amazing pixs