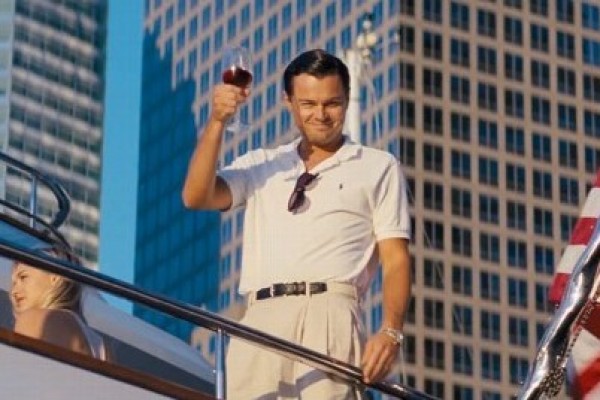 Reports are claiming that Martin Scorsese’s “Wolf of Wall Street” is more kinky than ’50 Shades Of Grey,’ with full frontal nudity, master and slave sex scenes and even footage of Leo on all-fours with a dripping red candle inserted into his bottom! (he must have run out of candle stick holders.  wink!)

“The Leo candle scene is shocking,” reveals one spy. “He shows a lot of skin but nothing compared to when Jonah Hill goes full frontal in public exposing everything. I think that thing was a prosthetic or Hill has been keeping a big secret.”

The movie is based on the true life of imprisoned Wall Street guy, Jordan Belfort, who has a cameo in the film.

Read about all the juicy details at Showbiz41.com