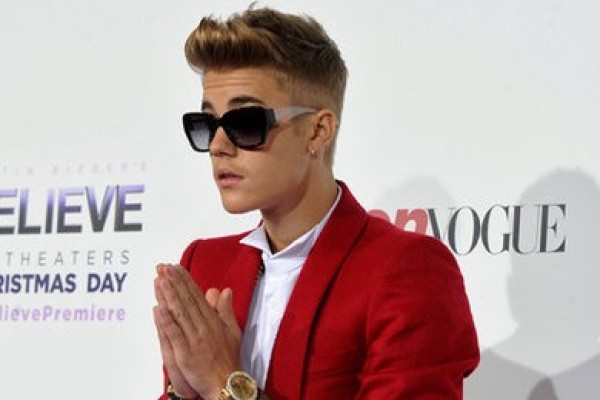 According to an estimate send out by producers Open Road, Justin Bieber’s “Believe” will make only $195,181 by the end of today.

Believe is reported to have cost a modest $5 million to make, the movie has been a fraction as successful as his 2011 silver screen debut, Never Say Never – 3D concert film which grossed $73 million after opening to $29.5 million – the most successful concert film in domestic history.

Miley Cyrus’ Best of Both Worlds Concert Tour film, which debuted in February 2008 while she was playing Hannah Montana for Disney, grossed $31.1 million after being shown on just 638 screens.

Bieber’s latest release has taken its place among the worst concert documentary openers, after Katy Perry’s Part of Me opened to a poor $7.1 million in 2012.

<< Previous Post << Toward The Past: Beyonce and Jay Z Celebrate New Year’s Eve in Miami (new video insider VIP party)
>> Next Post >> Toward The Future: Inside The Kardashians New Year’s Eve At Home: “Family and friends playing board games!”