Judd Apatow’s Dream as a kid was WHAT?? 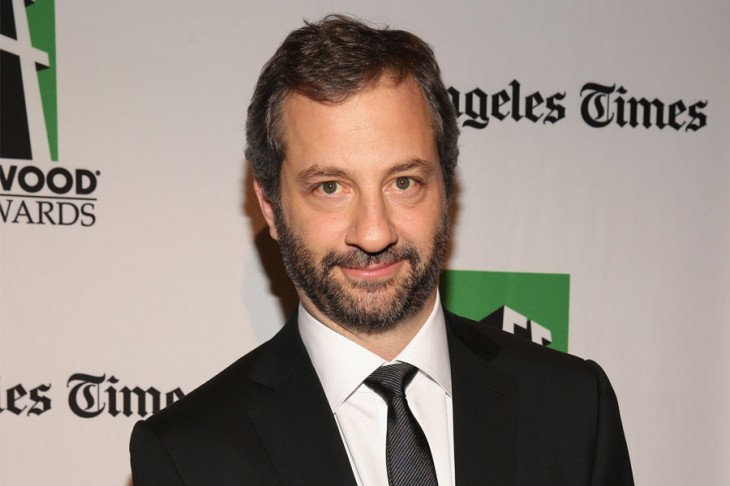 The NAUGHTY BUT NICE ROB team caught up with Judd Apatow at the Anchorman 2 premiere.

You’re a producer on the movie. -We’ve known each other a long time. It’s rare that you can get together after ten years and have fun. I think the script is even better than the first one. It’s exciting because it lives up to the expectations.

You’re a comedy God. -I feel like a fan who gets to try and help people out and watch them do it. When I was a kid my dream was to be on the set of ‘Ghostbusters’ and just watch, so being around them just makes me really happy.

How did you snag your wife? -She still doesn’t understand how it happened. I’m that sly.

ANCHORMAN 2Judd ApatowmoviePREMIEREproducer
<< Previous Post << Toward The Past: Jeremy Piven: Will he ever settle down?
>> Next Post >> Toward The Future: The entire cast of Downton Abbey smells!