“I told Tom Cruise to cool it with Scientology,” says ex-publicist before getting FIRED! 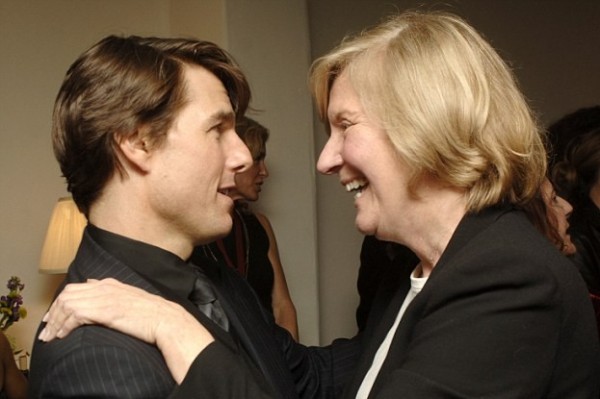 Tom Cruise’s former publicist, Pat Kingsley, has revealed she told the actor to “cool it” with Scientology.

“That was for [2003’s] The Last Samurai. He didn’t say yes or no, except he did not discuss Scientology on that European tour,” she added.

“I felt that they (the church) were involved in a story that I was doing on Tom, and I said: “It’s not your story, it’s Tom’s. You have to step aside.” And they did.”

Finally, Tom left and hired his sister to do his PR.

“He said, “I want you to know I’ve decided to make a change.” I said: “I knew that was going to happen today. I guess I’ll probably take a pretty big hit with the media.”

“And he said, “Well, we’ve all had those hits, haven’t we?” I said, “Yeah. I’ll be OK.” And then I said, “A lot of people have worked on your behalf that you’re not aware of, and I’d like to have you say hello to them.” So I took him around, and he saw everybody and even went to see the mailman, just as cordial as could be.”

Pat Kingsleypublicistscientologytom cruise
<< Previous Post << Toward The Past: Bruce Jenner removing his Adam’s Apple’… a procedure normally part of a sex change
>> Next Post >> Toward The Future: Check out Angelina Jolie taking selfies! (Who knew she was this much fun?)