First Photos Of Jim Carrey and Jeff Daniels On Set For Dumb and Dumber Sequel!!! 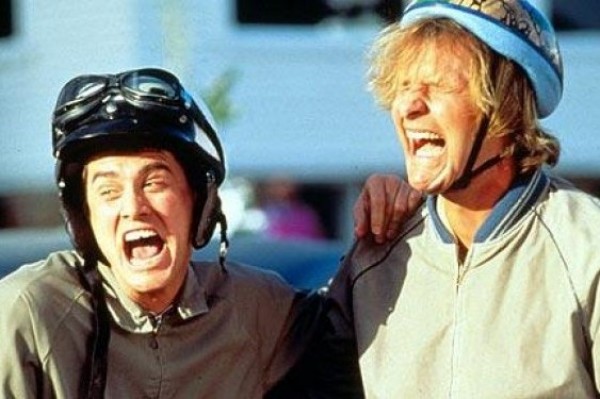 The first photos from the set of the new Dumb & Dumber movie have been leaked thanks to the two lead actors.  Jeff Daniels and Jim Carrey posted funny photos of each other dressed as their hilarious characters Harry and Lloyd on set during a break from filming on Tuesday morning.

Take a look at the photos!!

How Roland Rolls comes out TODAY but it may be a little too sophisticated for Lloyd and Harry! Yep… THEY'RE BAAAAA… http://t.co/bhrYxNPKbv

Welcome back!! We can’t wait for the sequel, Dumb and Dumber To, to hit theaters in 2014!

<< Previous Post << Toward The Past: How is Rob Kardashian’s weight loss going? (we have the shocking new pictures)
>> Next Post >> Toward The Future: Jon Hamm in danger of losing that sexy voice (undergo throat surgery)