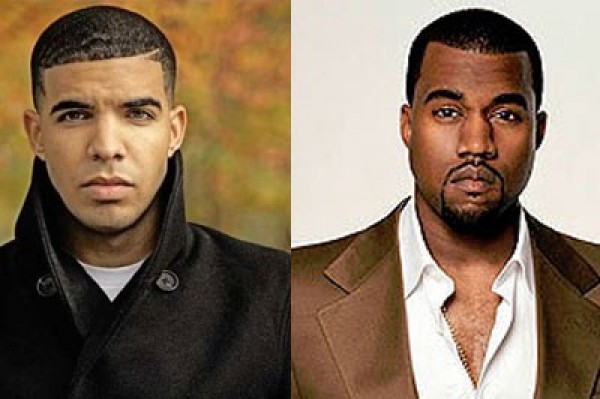 On Thanksgiving eve during his Yeezus tour stop in Nashville, Kanye called out Nike and its executives for not having “culture.” Kanye worked with Nike to produce his Air Yeezus shoes in 2009, but the relationship between West and the company faltered.

Now word is out that Drake has landed a partnership with the company. Drake made the announcement at his Dec. 3 concert in Portland, Oregon, where Nike is headquartered. His deal is with Nike’s Jordan label. Kanye currently has a deal with Adidas.

The Gossip Table spoke with Naomi Zeichner, senior editor of The FADER magazine who has put both Drake and Kanye on its cover. She says, “Kanye likely feels fine. His deal with Adidas and Drake’s capsule collection for Nike are in pretty different leagues. Kanye has said that he dissolved his relationship with Nike because he wants bigger royalties than the ones they offered. If Kanye can create hysteria around the stuff he makes with Adidas, he can really call himself the ‘Tupac of product.’ And if he doesn’t, he has a reported 10 million dollars to wipe his tears with. ”

Naomi added: Onstage at Drake’s OVO Fest this past summer, where it seems Drake and Kanye made peace. Kanye said he and Jay Z wouldn’t have made Watch The Throne if Drake’s success hadn’t put pressure on them. Hopefully Kanye feels similarly pushed by Drake’s Nike deal to create something inspired and surprising at Adidas. It’s a validation of Kanye’s success that in his absence, Nike still needs to ally with a big rap name to push their brand.

AdidasDRAKEkanye westNIKE
<< Previous Post << Toward The Past: Snooki is ‘writing’ another book! (this one is about being a mom)
>> Next Post >> Toward The Future: Miley Wants A Guy Who Does What? (we know where to find that)