IT’S OVER December 13, 2013 posted by Naughty But Nice Steven

Did A Roving Eye Cause Taye Diggs’ Split From Idina Menzel? 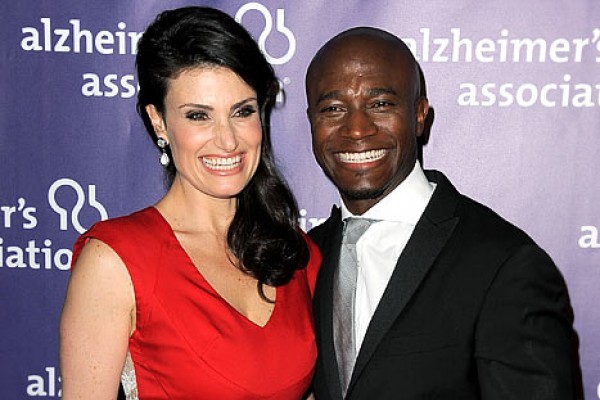 Taye Diggs and Idina Menzel have announced their separation after more than a decade of marriage. Taye kept his troubles from wife Idina Menzel so under wraps, he didn’t bring it up during his exclusive cover interview last month with Jet Mag for his holiday-themed hit, The Best Man Holiday.  Instead, he said that he and his lothario screen ego Harper and he had both evolved. “I had to take inventory of what life would be like for Harper and I’m sure the others will agree, a lot of us are married now, many of us have kids… Our real lives caught up with the sequel, so to speak.”

But it seems Taye and his character have more in common than he’s been willing to admit, as insiders blame Taye’s roving eye as one of the reasons the couple has split. “Folks have been saying that he was always picking up chicks,” an insider tells THE GOSSIP TABLE. Also, the separation has been in play for at least a few weeks. “Taye was walking around New York City without his former wife just two weeks ago, looking tense and stressed,” according to our spies.

Ididna MenzelsplitTaye Diggs
<< Previous Post << Toward The Past: Duck Dynasty’s Secrets are Revealed
>> Next Post >> Toward The Future: Miley Cyrus’ Main Man Gets Mom’s Approval!