Demi Lovato: “I couldn’t go without 30 minutes to an hour without cocaine. I would bring it on airplanes” 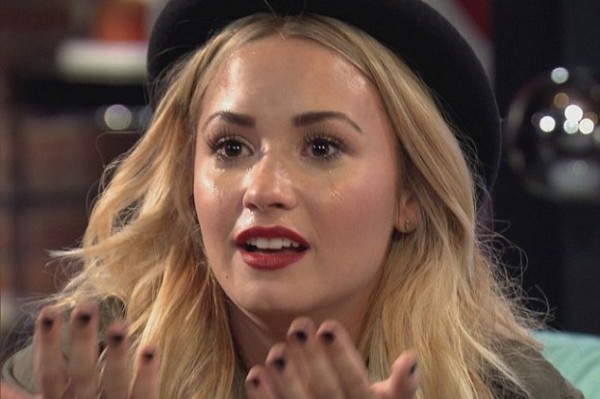 Demi Lovato is speaking out about her past drug use in a very candid new interview with Access Hollywood’s Kit Hoover. Demi said she went to great lengths when it came to ensuring she could use drugs wherever she was.

“Something I’ve never talked about before, but with my drug use I could hide it to where I would sneak drugs. I couldn’t go without 30 minutes to an hour without cocaine and I would bring it on airplanes,” she revealed. “I would smuggle it basically and just wait until everyone in first class would go to sleep and I would do it right there. I’d sneak to the bathroom and I’d do it. That’s how difficult it got and that was even with somebody [with me], I had a sober companion, somebody who was watching me 24/7 and living with me [and] I was able to hide it from them as well.”

Demi’s rock bottom – at just 19 years old – was found at the bottom of a soda bottle. “I was going to the airport and I had a Sprite bottle just filled with vodka and it was just nine in the morning and I was throwing up in the car and this was just to get on a plane to go back to LA to the sober living house that I was staying at…I had all the help in the world, but I didn’t want it,” she said looking back. “When I hit that moment I was like, it’s no longer fun when you’re doing it alone. I’ve really never talked about this stuff before… I don’t know if I should be sharing this. I think at 19 years old, I had a moment where I was like, ‘Oh my God… that is alcoholic behavior. [It’s] no longer, I’m young and rebellious and out having fun, it was, wow, I’m one of those people…I gotta get my s*** together,’” she explained.

COCAINEDEMI LOVATODRUGS
<< Previous Post << Toward The Past: Kim Kardashian Fights Back Over Giving Just 10% Of eBay Auction To Charity: “I’m Being Attacked For Helping People”
>> Next Post >> Toward The Future: Kourtney Kardashian’s Custody Court Date