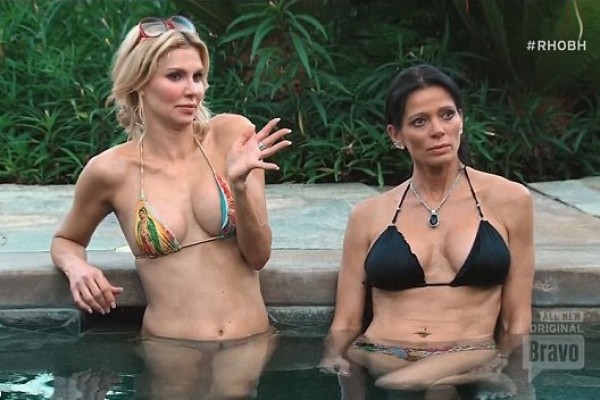 Brandi Glanville has upset her Real Housewives Of Beverly Hills co-star Joyce Giraud, and LOTS of viewers, when she implied that Joyce wouldn’t swim in the pool because she’s a ‘black person’ who wouldn’t want to get her ‘weave wet’.

“Until this situation is behind her, our organization feels it’s best to reinforce our culture and values at this time, which consist of love and respect for all,” said Hard Rock Tampa president John Fontana.

BRANDI GLANVILLEdroppedHard Rockracialremark
<< Previous Post << Toward The Past: Harry Styles DUMPS One Direction bandmates – for Kendall Jenner!
>> Next Post >> Toward The Future: Miley Cyrus flashes her naked boobs on her Christmas Card! (NSFWish)